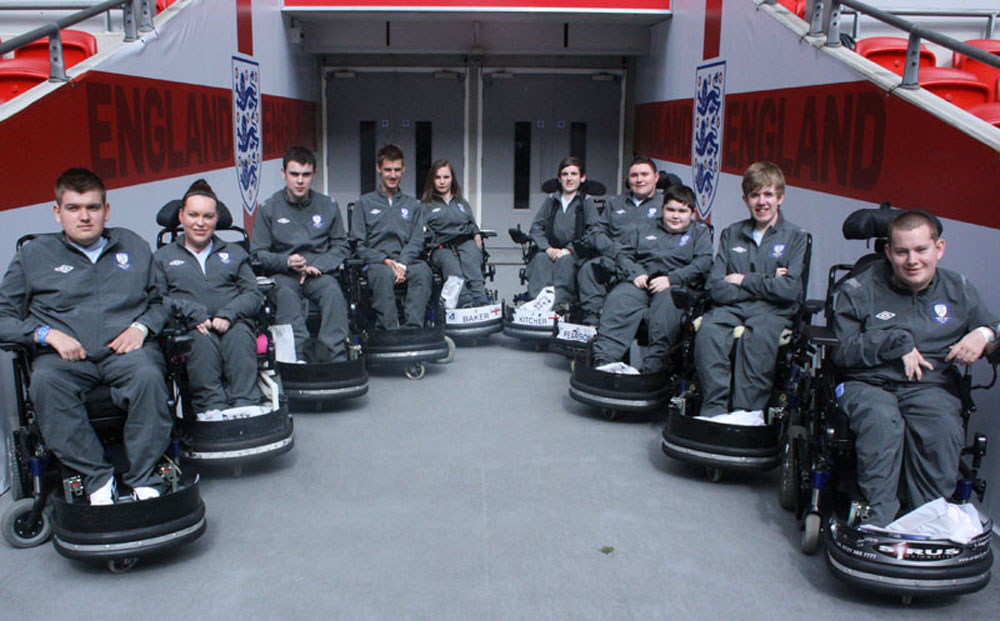 The FA invited the team to Wembley, watch a training session and share experience with the players.

Ricky Stevenson, chair of the WFA said “Being invited here today shows just how far the sport of Powerchair Football has grown over the last six years.  It is down to the dedication and hard work of all the volunteers, players and parents involved in our national game.  To all our players, this is football – just on wheels”.

The WFA National Team is in the process of preparing for the 2nd FIPFA World Cup that will take place in France in October this year.

WFA National Team Head Coach, Allen Harrison said “This is a fantastic opportunity for my players to speak to England Internationals and learn how it feels to represent their country.  The hard work and dedication all these players will see them compete against the best players in the world.  To play in a World Cup finals in the pinnacle of any footballers dream”.

This squad of ten players will be training over the coming months, with the lucky eight heading to Paris later this year.

Squad captain, Jon Bolding said “I have been lucky to play the sport for a number of years.  I have dreamt that one day I would be able to lead of my country to pit my wits against the best of the Powerchair footballing world”.

The WFA would like to thank the FA and the England Team for this unforgettable experience.