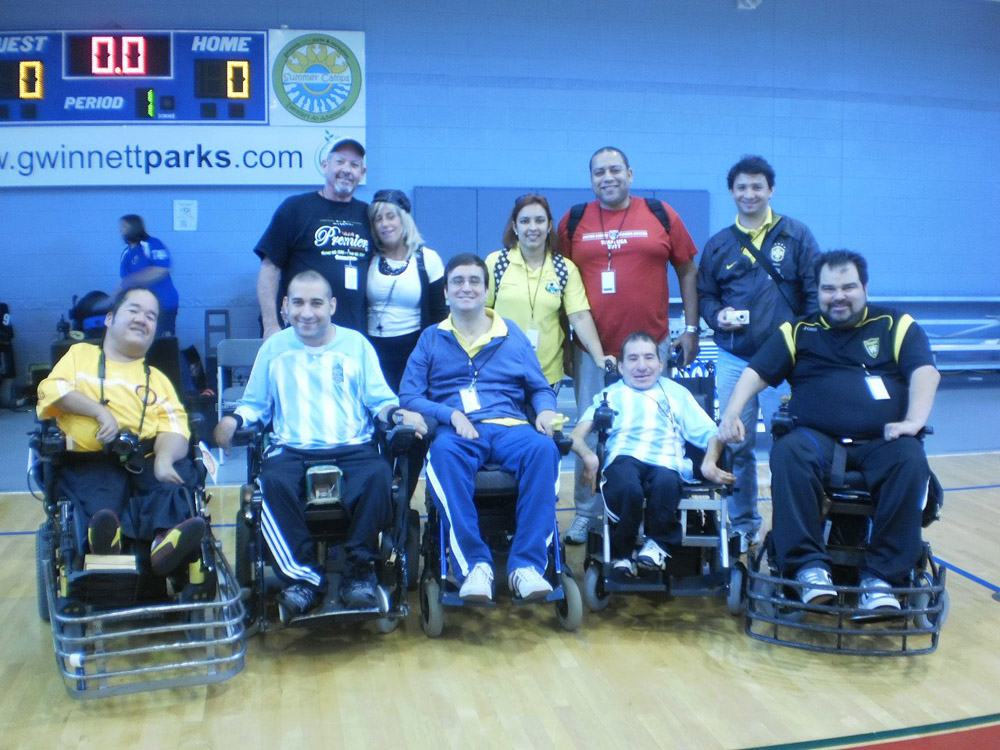 As a follow up of this first contact, FIPFA and his partner the Fernando Foundation sent some sample of equipment and the starter kit to Brazil. Then, the Fernando Foundation invited and supported a delegation from Brazil to attend the USPSA Premier Conference Cup in Atlanta, GA USA. With this support and their own ressources, “Associação Brasileira de Futebol em Cadeira de Rodas” was able to send 7 delegates to the United States.

Without a doubt, the experience of attending a high level competition was a great opportunity for the Brazilian delegation to talk with athletes, coaches, referees, team managers and National Leaders from the US organisation.

In addition, Herve Delattre, the President of FIPFA, traveled to the Atlanta with Nicolas Dubes, Director of Communication, to meet the Brazilians and establish with them the base of a development plan. During the numerous informal meetings, the next World Cup and the Congress were two important events that were presented to Brazil. For the long term, FIPFA mentioned the possibility to hold an international workshop in Brazil by 2012.

Regarding the excitement and the enthusiasm of the delegation, this trip to the United States might be a boost for the development in Brazil. For FIPFA, it is also the first serious country from South America which is willing and capable to launch Powerchair Football.

Although this first step is not achievement, it gave everyone a lot of hope and expectation for the future of the sport in country of Pele and Ronaldo.