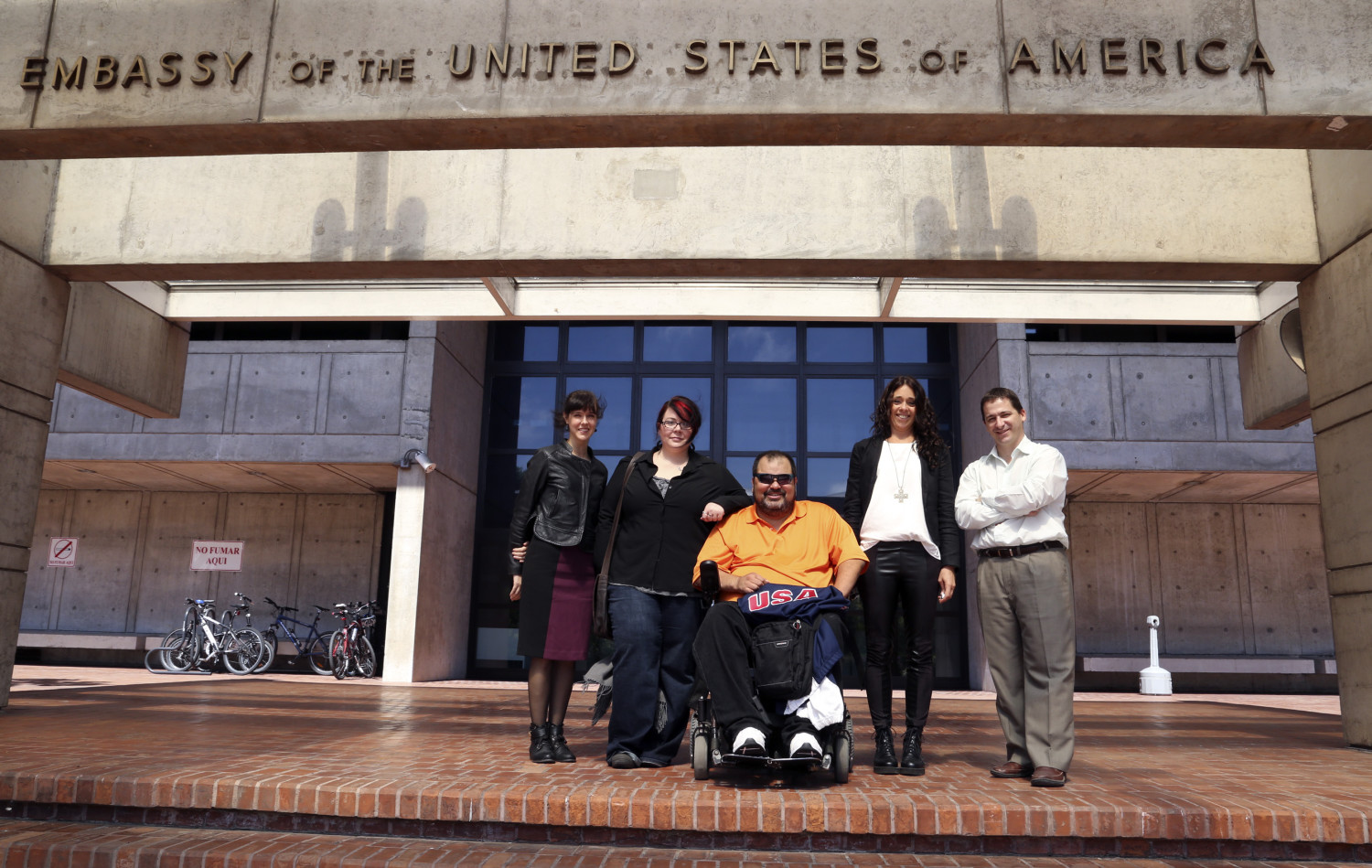 After a motorcycle accident Jerry Frick (USA) was quickly involved in wheelchair sports, such as waterskiing, and quad rugby among others. In 1993 he joined the power soccer team HIGH VOLTAGE in San Diego California and found his sport.
Since then, Jerry has been involved in developing powerchair football and that passion and helping view brought him to Argentina last September to deliver a powerchair clinic to foster Argentine players and coaches.

Jerry had a formative meeting with Argentine National team new coach: Gonzalo Vilariño at Hotel Savoy in Buenos Aires downtown. Gonzalo is Blinded Soccer worldchampion as coach and is now training powerchair football. The USA experienced player passed on to Vilariño the game basics strategies and fundamentals. Jerry joined the Fernando Foundation to promote the sport.

Jerry is a very skillful powersoccer player and that could be seen when he led a training session for 10 players on a Saturday morning. Local players were delighted with Jerry’s knowledge. At the afternoon it was the time for the coaches, and trainers from Uruguay, Rosario and La Plata joined the local coach to go deeper in training tips and challenging exercises for the players.

To expand horizons, as Jerry has done in the past when he was part of the three years project that finally got FIPFA born, he and Powerchair Football Argentina Foundation’s representatives met with Public Affairs Section of US Embassy of Buenos Aires to coordinate future joint actions.  The Powerchair Football foundation operates in Buenos Aires, Córdoba, Mar del Plata and Rosario, and is actively promoting new facilities in La Plata and Bahía Blanca, to develop different training activities and training to develop football in motorized wheelchairs.

The american player seeded his legacy in to Buenos Aires by hosting the clinic for Argentine players, teaching new techniques and encouraging players to continue practicing the sport, which is growing in the country and the region.