2nd World Cup in Paris, Team USA did it again! 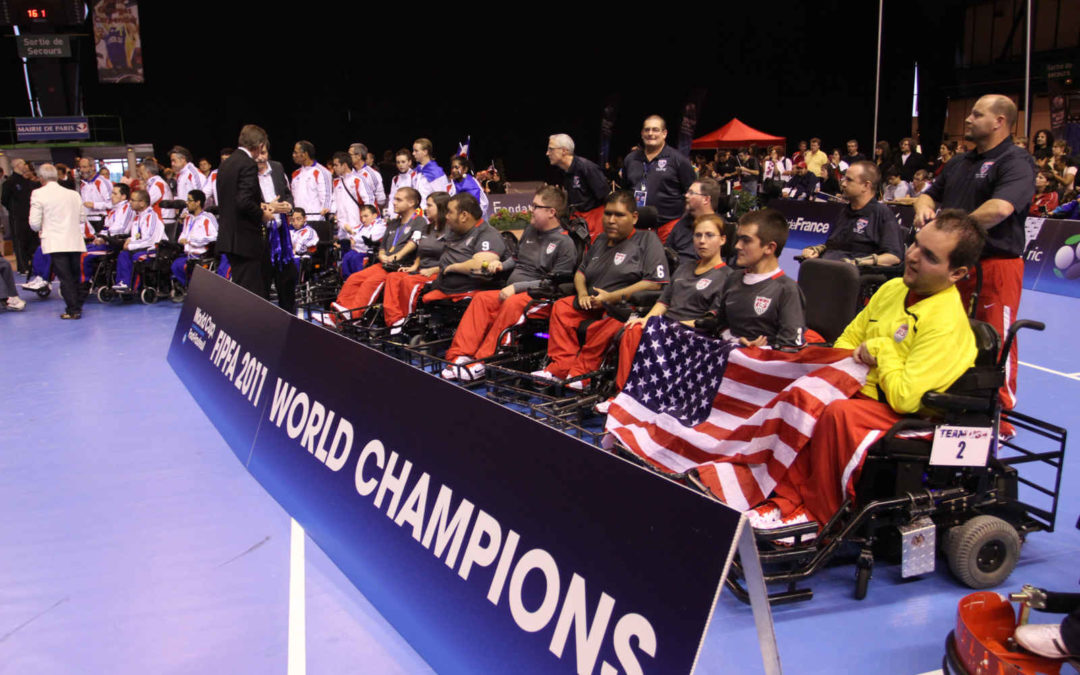 The 2011 World Cup, the second since the creation of FIPFA, ended in exaltation in Paris with a victory for the USA! Already crowned world champions in 2007 in Tokyo, the United States dominated

the English team head to toe in the final (a team to which they had earlier lost in a game of chicken)! France, host country,merely gained the third step of the podium with a victory in the 3rd/4th place match against Belgium.

Thousands of spectators, including many powerchair football players, were able to come support the best ten teams in the world! Many children from the schools around Paris also came to cheer on the athletes… atmosphere guaranteed! After this great success, teams from the four corners of the planet have been dispersed with the firm intention to attend the next Cup… in four years! Already introduced in 2007 in Asia, then in 2011 in Europe, will the 2015 edition take place on one of the American continents? The announcement of the next host country will be in mid-2013. A huge thank you to the French Handisport Federation for their organization! See you on the court very soon.