Back to the under 18 Tournament 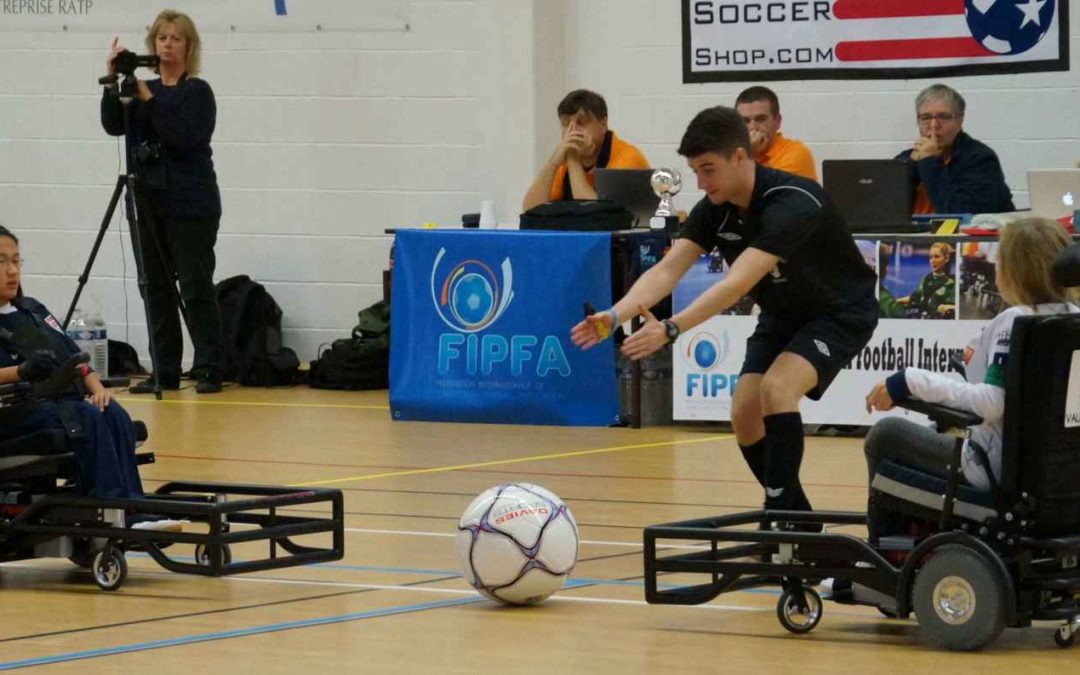 The first ever tournament for teams of youth was held in Paris at the end of October.The event was exciting and a huge hit for all!Six teams came from Finland, Ireland, the USA, and France. The games were intense, with parents, family, and friends filling the stands in support of all of the players!

The first two days were filled with pool play to give each team the opportunity to compete against each other. The teams were eager to perform and the games were exhilarating!

France brought the Vaucresson School Team as well as the Selection Team, consisting of youth from a variety of teams in France, as well as one boy from Brazil. The Vaucresson Team displayed their advantage of being an existing team with players that are used to playing together by winning 3 of their 5 games. The Selection Team also played well and won 2. Their head to head match was an intense and hard fought match that ended in a 0 to 0 draw.

Finland brought a developing team of athletes, all between the ages of 8 to 10. They were all fairly new to powerchair football, but also play together on a power hockey team. This energetic group of boys did not have the opportunity to score against the more experienced athletes, but they never gave up and they never stopped smiling! They watched every game and learned so much throughout the tournament!

The USA brought a group of young athletes selected from some of the top teams in the US. They worked diligently to produce winning plays, even though they had little practice together prior to the tournament. Their powerchair football skills were evident as they defeated each team, allowing no goals to be scored against them.

After a day of touring the highlights of Paris and doing a little shopping, the teams finally met on Sunday for the playoff matches.

The 5th/6th place match saw Finland v. Ireland’s U18 team. Ireland prevailed 3 to 0; the Finns played very well and it wasn’t easy for the Irish to prevail! The first semi-final found Vaucresson v. the French Selection Team. This time, Vaucresson successfully pulled out a win with a 1 to 0 score in a very tight match. The second semi-final pitted the USA v. Ireland’s U16 team. The score of 13 to 0 did not show the hard work and effort put forth by the Irish and set them up for the 3rd/4th place game versus the Selection Team. Selection won 1 to 0 in a very close match! The final match for 1st/2nd place was a rematch of the Vaucresson v. USA match. It was a close match during pool play with the USA winning 3 to 0. The highly anticipated final was exciting and much closer than the USA 5 – Vaucresson 0 final score.

The culminating banquet, complete with awards, was a beautiful dinner cruise on the Seine! Much fun was had by all. The most difficult was the saying of goodbyes among these new found friends in sport.

All games were live-streamed over the Internet with great play-by-play commentary by Tony Jackson (MN, USA) and Pika Durand (MN, USA & France), thanks to the technology and support from Powersoccer Shop of Minnesota, USA.

The inaugural FIPFA Under 18 tournament was organised with the invaluable support of l’US-Métro, who provided excellent facilities within the sports complex at le Croix de Berny. This event also received generous support from both EDF and Invacare, two invaluable official partners of FIPFA since our beginnings in 2006.