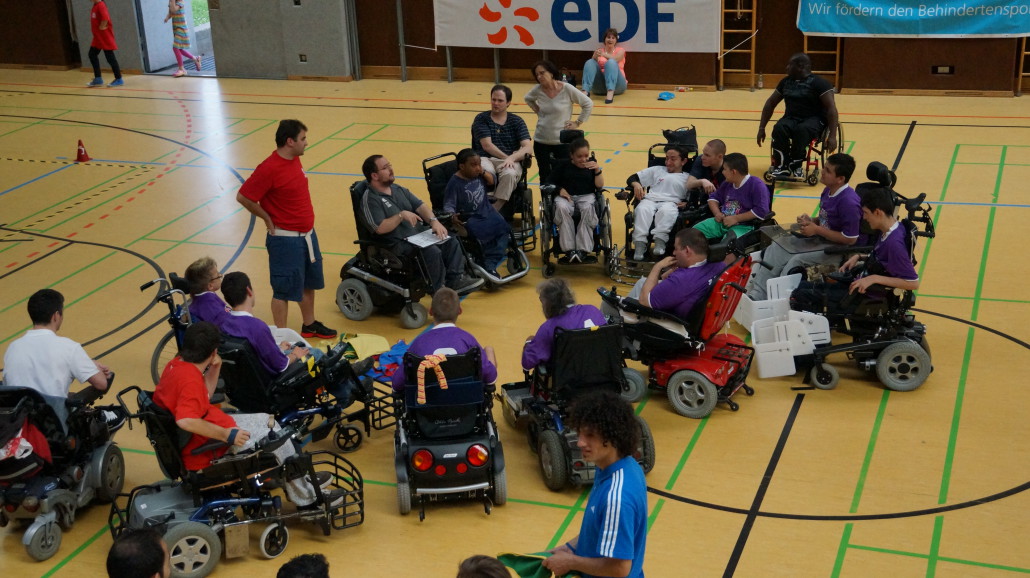 In December 2012, Austrian Matias Costa attended the FIPFA/EPFA Development Conference in Paris to discover more about our sport. The conference was designed to give countries

that do not yet play information on how to develop the sport back home. From these meetings, Mr Costa returned home and started to workon developing the sport in Austria. He made contact with European Powerchair Football Association (EPFA) to request support with a promotional event to help people in Austria discover this beautiful game.

Over the weekend of 3-5 May 2013, FIPFA President Hervé Delattre, EPFA President Nicholas Dubes, and EPFA support personnel descended on Vienna to deliver both a coaching seminar and a player clinic.

On Friday evening, the EPFA team of Ricky Stevenson, FIPFA Sport Director, and Sam Bull, EPFA Sport Director, introduced the game to a number of coaches, players, and support staff. A number of them were experienced football coaches and some work with disabled people for various organisations in Austria. The purpose was to teach them the skills used in the sport of powerchair football.

On Saturday morning we arrived at the gymnasium to deliver a demonstration of the world game to players, coaches, and number of disability organisations. EPFA brought players from England, France, and Switzerland to demonstrate the game, show all the skills, and exhibit the tactics and teamwork needed to play the game. Later, the game was reviewed and broken down with commentary to explain the different aspects and details of the sport.

That afternoon EPFA fitted each participant with a guard or the use of sports wheelchair. Then they were put through their paces by the coaches of EPFA and the prospective new coaches who had attended the seminar. The players, coaches, and support staff experienced the International sport and at the end of the event wanted to know when the next session was.
The event was organised by Österreichische Behindertensportverband in conjunction with EPFA. We wish to thank all the players and support staff from England, France, and Switzerland for making the trip and a huge thank you to Matias and his team in Austria for making us feel welcome.